Are you a website owner that’s looking for an easy way to build fast sites? While most of the popular content management systems such as WordPress are commonly for such tasks they are not fast. They rely on databases, heavy scripts and plugins in order to finally deliver on the page. But what if there is a better way? Jekyll is so much better than other similar choices! It is a static site generator — all you need to do is take your posts, format it accordingly and run it through the engine. This will result in the creation of HTML-compliant files that can be easily uploaded to any host.

Jekyll was updated in late May 2020 with a new update bearing the number v4.1.0 in which the server component now supports ECC certificates among other things. This is an important feature when a key type other than RSA is used. Another important thing which is the optimization of the Markdown engine — the formatting which is used in the drafts and drives the output of the pages. With Jekyll 4.1.0 the bloggers can opt to disable disk caching which can be beneficial in some cases, especially when more complex testing of projects is done.

Other important enhancements from a site owner point of view include the following:

As always the new Jekyll version includes important bug fixes that have been reported by users.

Why Jekyll For Static Sites

Static site generators are one of the most popular tools used to generate high-quality and easy-to-use and manage sites that do not depend on a dynamic content management system such as WordPress. The static sites are small and produced as a project output after the site owners have run the content through the Jekyll app. By design Jekyll is a Ruby executable app which is very easy to use and is cross-platform. A very convenient feature is that Jekyll includes a built-in local web server which allows the site owners to live preview the made changes before the site is published online. There are some distinct advantages of relying on a static site as opposed to dynamic ones having Jekyll in mind as a site generator:

Jekyll 4.0.0 is essentially what is called a Ruby gem — this is a special kind of code that is installed in the Ruby environment. Ruby is a modern programming language generally used for building web sites and applications. A Gem is a kind of a program that can be downloaded from the Ruby repository and will function in a given way. Possible functionality includes packaging tools, repeated actions, frameworks and etc. As a result Jekyll will take the content files, process them and output HTML files which are ready to be uploaded to the web servers.

In order to get up and running with Jekyll prospective site owners need to have the following software installed: The main Ruby environment (including all development headers), Ruby Gems packages support and the gcc and make tools. An in-depth description of how to install and prepare the environment is available from the Jekyll installation page.

In order to have a site ready that is build by a Jekyll 4.0.0 application installed on the local system used by the site owners. First of all they will need to configure the Jekyll by setting the global environments for the project. When Jekyll is installed and working on a given system the site owners will need to create a directory which will house all site project files — this will be designated as the “site root” . In it a Jekyll index.htm file must be created which will house the base home page content and important files. An empty template will include the following code:

This is the general “Hello World!” greeting site from which web developers can start building their creations. In the root directory the developers can run two commands:

All the users need to do is decide on a proper site layout and generate the content. This can be done in two main ways:

Markdown is an easy-to-use markup language which is popular among developers and web developer power users. It is very convenient as several word processing programs and special editors can output them from standard formats. Jekyll will take the Markdown files (with the appropriate .md extension) and using the defined template files generate an optimized HTML file. 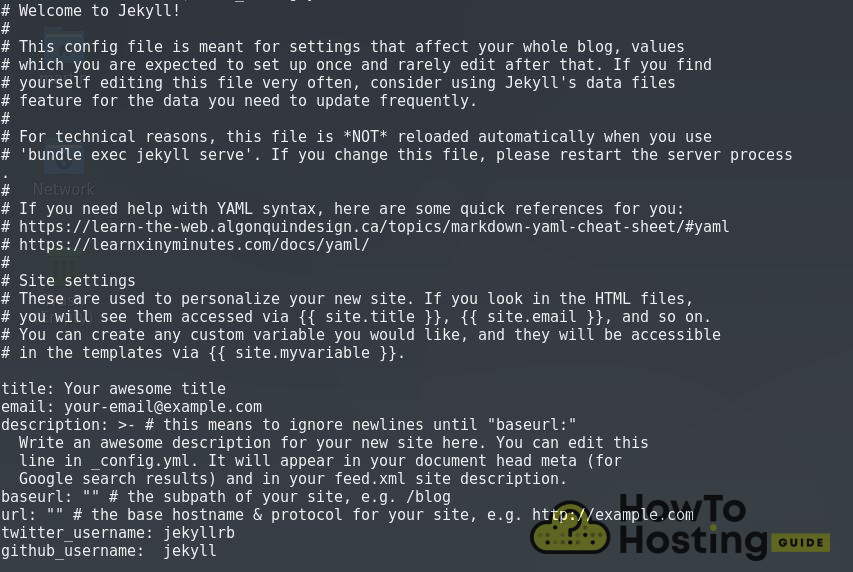 The Jekyll engine will differentiate normal HTML-created pages and the so-called special files. This is done by typing in the necessary YAML front matter— this must be placed in the beginning of every such page. YAML is a practical and human-friendly markup language that is read by Jekyll. A typical example of such a file is the following:

In this example the front matter will specify the used layout type (in this example this will be a standard blog post) and the title of the page. There are two other global variables which can be placed in the front matter — permalink (which will allow the user to setup their own permalink for the given post and published (true or false values can be placed) which can prevent a certain post from being published online. This is particularly useful when drafts are planned.

Using the Jekyll template engine and configuration files the users can create their own variables as well. When the post type is concerned there are several options that can be used:

As soon as the Jekyll engine is initiated for the first time for a given site (project) basically everything that the site owners need to do is to invoke the jekyll new $sitename (where $sitename is the project directory). All modern versions of Jekyll will create a structured directory layout. By default the main configuration file will use a default template called minima that can be tweaked or changed depending on the preferences of the users. The directory will contain the following files and folders: 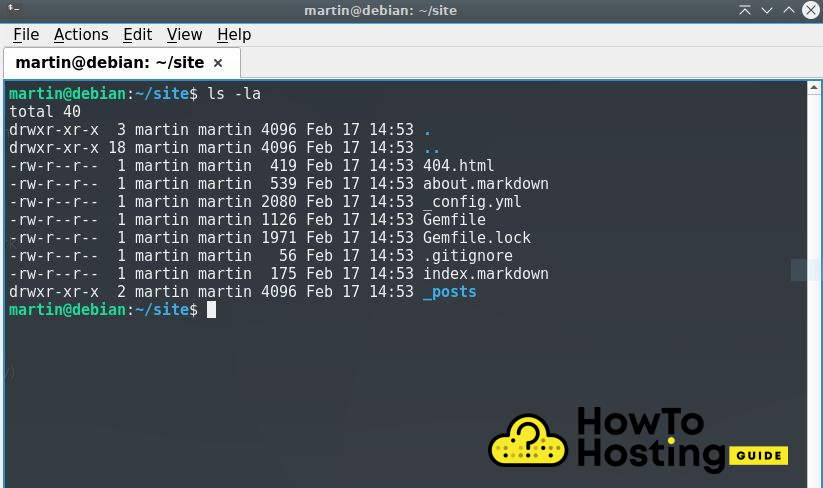 For further information on layout options, directory structure and more information you can check out the relevant pages in the Jekyll documentation.

Unleash The Full Power of Jekyll

There are many features that Jekyll site owners can use providing them with the ability to truly customize their sites to even the finest detail. As we mentioned earlier all default site installations use a default theme called minima. There are many third-party Jekyll theme repositories that take advantage of the many customization options. What’s unique about the Jekyll template system is that it is based on Gems — libraries that can include rich functionality. The Jekyll installations use a utility called Bundler that keeps track of the various dependencies. An alternative function is to use regular templates — they will use the traditional files which are presented in the Jekyll site directory.

The plugins system is one of the most advanced which are found in similar static site generators and even some of the famous dynamic content management systems. The plugins can provide enhanced functionality which is not found within the base Jekyll installation. Using custom hooks and the flexible core a lot of other options can be added. There are several main categories of plugins that can categorized:

There are several options which are compatible which can be used to upload the sites to the servers. It is a good practice to create a gemfile for every site. This will allow the plugins and extensions to be packaged as a whole. Several environment values can also be set during the building process — in the end of the production phase there are set parameters which can be used to create the site output. There are two main ways that the sites can be uploaded: