OpenStack Releases Ussuri, with the Help of 1,003 Developers 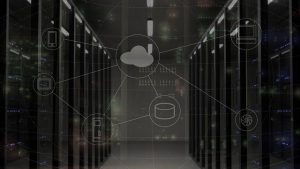 Have you heard of OpenStack? Shortly said, it is a free open standard cloud computing platform, mostly deployed as infrastructure-as-a-service (IaaS) in both public and private clouds. OpenStack is considered the leading IaaS cloud software, and has just released Ussuri, the 21st version of the open-source cloud infrastructure software stack.

Currently, OpenStack powers over 75 public cloud data centers. Its specialty, however is private clouds, and it is powering more than 10 million compute cores. Why is OpenStack so popular? Mainly due to the reason that it can be deployed on multiple architectures, including bare metal, virtual machines, GPUs, and containers.

More about the Ussuri release

The Ussuri release received more than 24,000 code changes applied by 1,003 developers from 188 organizations.

The Ussuri update tightens the integration between components including the ability to automatically provision bare-metal servers using the Ironic IT automation framework which was specifically built for that purpose.

Ipv6 support was added to the Kuryr project for integrating OpenStack with container networking and support for the CRI-O image specification for Kubernetes clusters within the Zun container runtime project, explains DevOps. The result of this is that IT teams can now use Zun-created pods on Kubernets clusters to run Kata containers developed with the support of the OpenStack Foundation.

Jonathan Bryce, executive director of the OSF, explained that support for OpenStack continues to be as strong as before, with more than 1,000 developers from 188 different organizations contributing to Ussuri. As already mentioned, more than 24,000 code changes were made to OpenStack in the Ussuri release. According to 451 Research, the OpenStack ecosystem could be valued at $7.7 billion by 2023.

Ussuri may not be the most prominent update, but it is yet another reminder of how active the OpenStack community is, especially in times when telecommunication companies rely heavily on the cloud framework to automate the provisioning of both 4G and 5G.