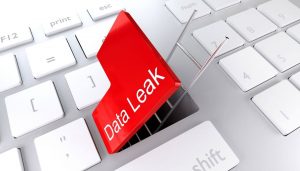 According to the report, a Cloud Clusters’ database that contained “a large amount of monitoring and system logs” was not password-protected. Some records show that exposed information includes data backups, monitoring and error logging, among other details. The cloud hosting provider has data center locations in such as Bend, Oregon, Charlotte, North Carolina, Denver, Colorado, and Dallas, Texas.

Fowler quickly got in touch with the company to inform them about his findings. It turns out that no one replied to his first messages, so he sent a follow-up email on October 13th. Finally, Cloud Clusters acknowledged the emails and sent a notification saying that they take data security “very seriously”. It is still unknown whether the hosting provider contacted their customers to inform them about the major data leak.

What was exposed via the unprotected Cloud Clusters database?

User and password credentials for platforms such as WordPress, Magento, and MySQL were exposed. In terms of the Magento details, login details of shoppers could have been affected as well. “Cloud Clusters Inc’s customers could have been targeted by social engineering or spear phishing attempts using the exposed emails and credentials,” Fowler says.

It is also unclear whether threat actors had access to the records, or how the records were exposed in the first place. The records were publicly accessible, and no hacking skills were necessary to view all 63.7 million of them. Some of the records in the database connected multiple company names that provide similar hosting and management services under the Cloud Clusters umbrella.

When a security breach occurs, it is highly advisable for web masters to change all administrative credentials, as well as customer passwords or details that may have been captured.

In May this year, GoDaddy also suffered a significant data breach. The breach didn’t impact the main GoDaddy’s customer account, and no information within that account was accessed.

If you want to be in the loop with the latest hosting news, stay tuned and follow HowToHosting.guide.