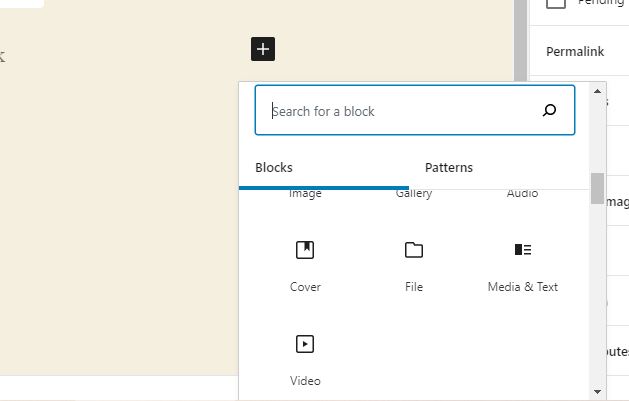 The upcoming release of the WordPress 5.5 version will include the new blocks functionality, as Beta 1 has been released publicly there is now an open call for plugin submissions. Blocks are the new way of content organization which are accessible right from the editor.

Open Call For Blocks Announced for the Upcoming WordPress 5.5 Release

WordPress developers are preparing themselves for the upcoming WordPress 5.5 release which includes the new blocks plugins functionality. Blocks are a new way of adding in content to a post or page – accessible via the Gutenberg plugin.

Having a different structure from the core WordPress these plugins need to be uploaded to their own special repository called the block directory. When WordPress 5.5 is released the users will be able to search, install, update and remove the blocks straight from the editor. In order to integrate the WordPress blocks into the official blocks directory (their own repository) the developers can use a specially designed block validation tool. A registration to WordPress.org is required, after the login is made the developers will need to point the tool to the relevant URL where the plugin is hosted – this can be a SVN or GIT hosted project or a folder where the files are placed. Only when they pass validation by this tool the block plugins can be uploaded to the official repository. The developers that have registered with the site can also easily quickly remove them.

This is the new way of uploading block plugins. To this date there was another way to submit block plugins, but it was not so direct and no open call for submissions was posted online. For this reason only a very small number of developers knew how to do this in order for their plugin to appear in the database.

The blocks directory is seen as an opportunity for developers to bring new products and services into this extended functionality. These new blocks will bring about new possibilities to present new features and extend WordPress’s power as a complete content management solution.

We await the release of WordPress 5.5, it is expected that until then the repository will grow in size with many useful blocks plugins.